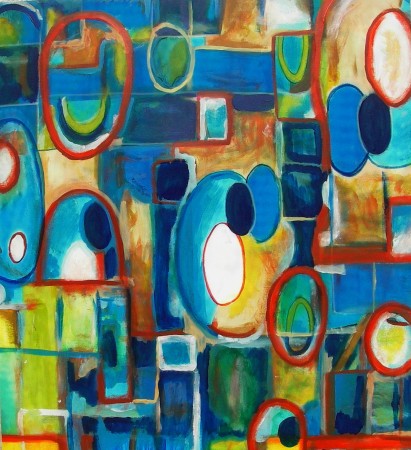 A teacher in higher education with a PhD in Medicine, he has been devoted to Painting since 1975.

His work was exhibited for the first time at the “Exposição Artistas de Coimbra” [Coimbra Artists Exhibition] organised in 1988 by the XI Congresso Nacional de Ortopedia [XI National Orthopedics Congress]. An associate of the Movimento Artístico de Coimbra [Coimbra Artistic Movement] from 1988, in 1994 he began collaborating in the teaching of Artistic Anatomy to students of ARCA-ETAC.

He was Associate Professor at the Coimbra University College of Arts, where he taught Theoretical Anatomy (1st and 2nd year of the various licentiate’s degrees) until 2008.

He is represented in a number of private collections, mainly belonging to collectors in the Portuguese and Brazilian university environment.

He is a student at the Escola Universitária de Artes de Coimbra [Coimbra University College of Arts] and has been devoted to painting since 2000.

Since 2004 his work has been regularly exhibited at the Albuquerque e Lima Gallery, where he is a resident artist.